Hi, I am an optical engineer and researcher working for the European Southern Observatory in Garching, Germany.

My main occupation is building instruments for large optical telescopes. One of my current projects is the development of a fiber-fed photonic integrated spectrograph.

Before joining ESO, I worked at the Max Planck Institute for Extraterrestrial Physics in the Galactic Center team of Reinhard Genzel (Nobel laureate in physics 2020). I studied the supermassive black hole at the center of our Galaxy and the general relativistic effects on stars in its immideate vicinity. I also played a leading role in the development and integration of the highly successful VLTI instrument GRAVITY, a key tool for the Galactic Center science. 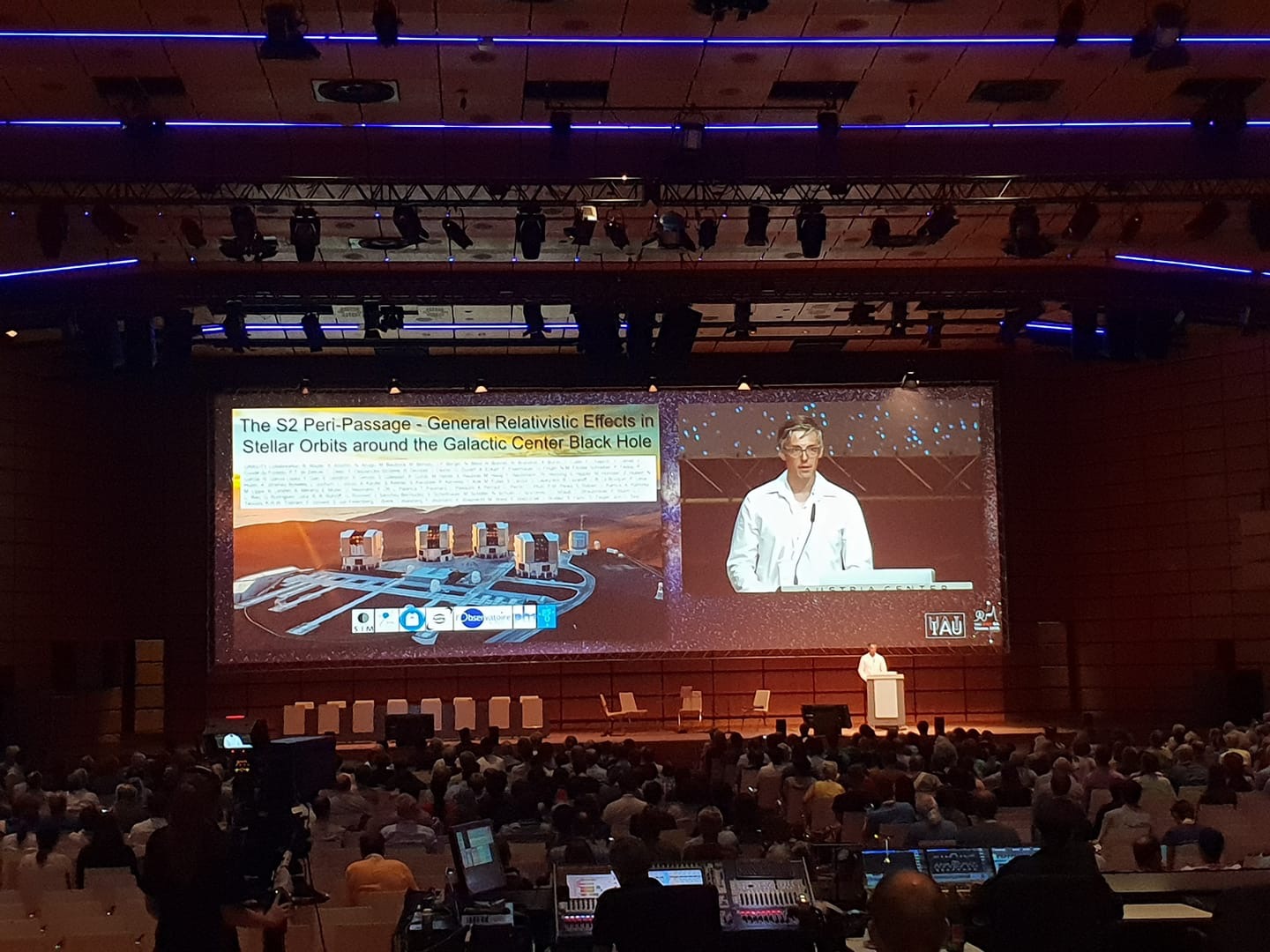 Plenary talk at the IAU General Assembly on the detection of general relaticistic effects in the orbit of the star S2 at a distance of only a light month from the central supermassive black hole; Vienna 2018

I received two awards for my work on instrumentation: